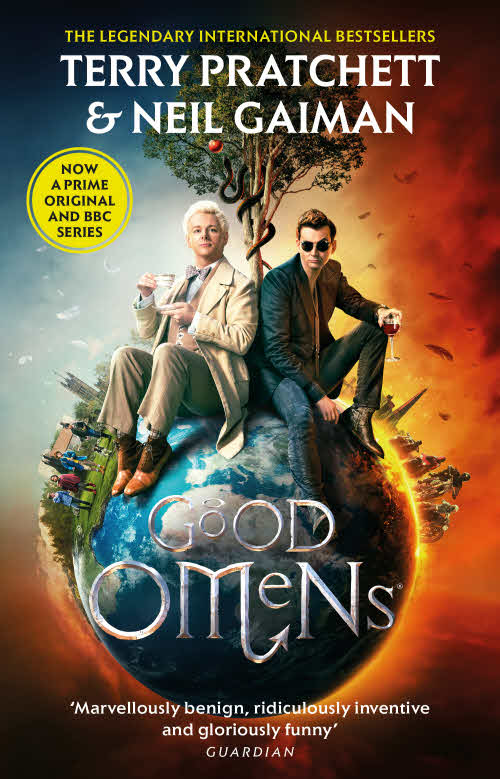 ‘Armageddon only happens once, you know. They don’t let you go around again until you get it right.’

From the pens of literary wizards Sir Terry Pratchett and Neil Gaiman comes an adaptation like no other… Good Omens, featuring Michael Sheen and David Tenant is available to watch now on Amazon Prime. And, we’re delighted to announce that Good Omens won Best Dramatic Presentation, Long Form at the 2020 Hugo Awards.

You can watch Neil Gaiman’s acceptance speech below, where he pays a moving tribute to the books co-author, Sir Terry Pratchett

______________
Aziraphale and Crowley, of Heaven and Hell respectively, have grown rather fond of the Earth. So it’s terrible news that it’s about to end. The armies of Good and Evil are amassing. The Four Horsemen are ready to ride. Everything is going according to the Divine Plan…except that someone seems to have misplaced the Antichrist. Can our heroes find him and stop Armageddon before it’s too late?
_____________